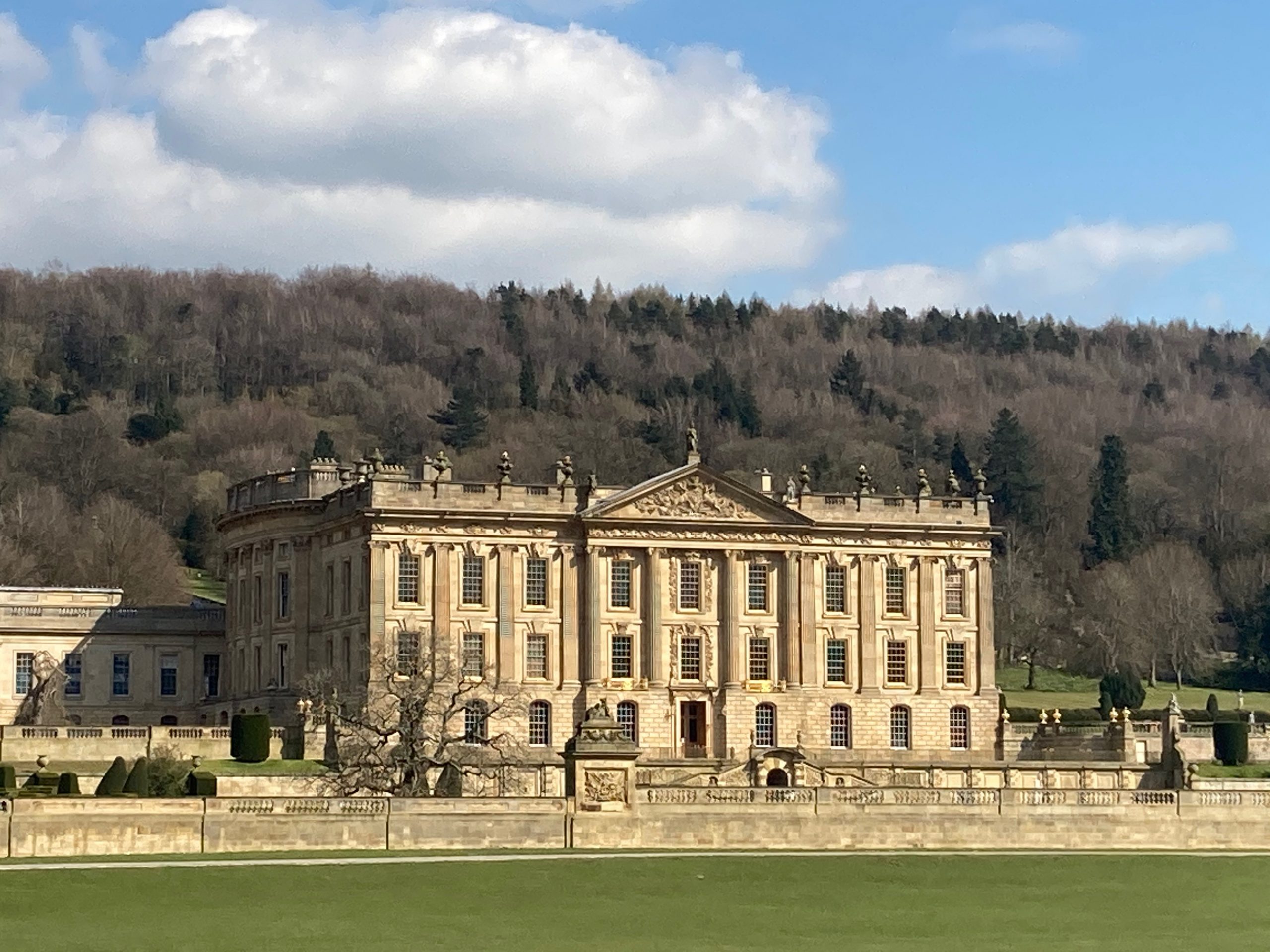 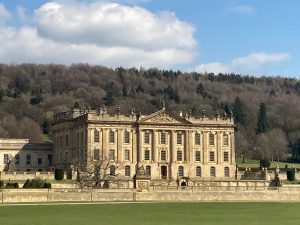 The saying ‘photos don’t do it justice’ is the phrase that sprung to mind on the drive approaching Chatsworth House.

Even though the journey for our staycation to Derbyshire from 52 Degrees North base was a mere two hours the increasingly consistent questions of ‘are we nearly there yet?’ were slowly replaced with ‘is that it?’ with the two boys in the back impatiently guessing which building was Chatsworth House. One guess was a rather grand building in its own right but disappointingly to the back seat drivers was just the swimming pool and gym!

After another couple of turns, it was clear that the grounds of the house were close as 1,000 acres of parkland opened up around us, all neatly trimmed and rolling green countryside with ariver bisecting the park and adding to the serene aesthetics.

Then THE house appeared into view. We arrived on a blue-sky day which obviously helped, with the sun shine making the stonewalls of the house almost glow. In fact, first impressions were such that it would make Buckingham Palace look like a holiday home.

On the day of our visit the main house  was not open due to covid restrictions, but quite honestly, I’m not sure you could see all there is to see properly in one hit. Aside from the house you can chose your ticket to access either the gardens or the farmyard and playground. 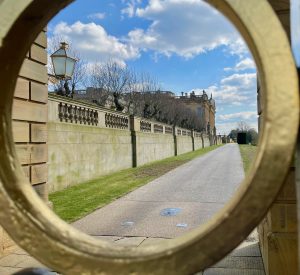 Gardens at houses such as this are generally seen to be a place for lovers of Alan Titchmarsh and Monty Don alone, however Chatsworth estate have made the effort to make the gardens enjoyable, interesting and accessible for everyone. They allow dogs for example, and for the kids provide a discovery trail of hidden delights for your ‘little explorer’. As well as the flora and fauna a garden such as this provides there is also an impressive fountain shooting up so high that it can be seen from well outside the garden walls. 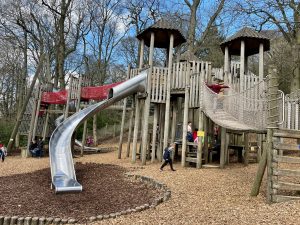 The main part of our visit was at the Farmyard andplayground, which is positioned a short walk from the house and the car park. This working farmyard has been open to the public since 1973 and here you can find goats, sheep, ponies, cows and chickens. Throughout the farmyard there are chalkboards showing you which of the animals can be fed (food available to purchase on site) and lots of information about the animals and the farm itself. There is even a milking station. I particularly liked the fact that they had tried to link the fact that this farm historically would have feed used to feed the house and within the stables there were models of the animals showing you where all the different cuts of meat are found and other facts like how many pints of milk a cow can produce in a day (clue…it’s a lot!). 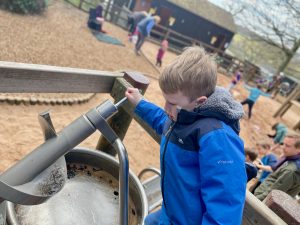 Further up the hill is the playground, which by playground standards is easily big enough and good enough to get even the older children excited. Built out of wood with different platforms to chase each other down, cargo nets to crawl through, varying shapes of slides and one particularly popular spot was the trampoline encased in one of the turrets. Aswell as the wooden climbing frame there is a small rope course raised above the ground, swings, a playground for smaller children and a couple of Archimedes screws to draw the water off a small stream and down into a channel system which pours into a large sandpit.

These areas are serviced by a small café and shop which sell plenty of handmade cakes, hot drinks and of course icecream to replenish energy stores for more exploration.

At the top end of the car park sits another impressive building which used to be the stables. The old stables surrounding the exterior wall, all opening out into the large interior courtyard. The stables as they once were however are long gone and been replaced with a large gift shop a café and a classy restaurant. Sat at the tables within this courtyard on a bright spring day, you would be forgiven for thinking you were in an Italian town whilst you sip on your expresso or well-earned glass of chianti. 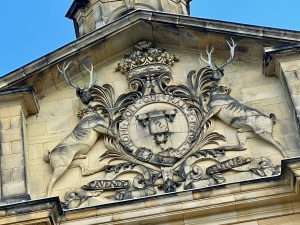 From the stables the estate can be seen in full glory with the main house framing the parkland in front of you . Unbelievable to think that this parkland on such a big scale was actually designed and made to look natural by the legendary Capability Brown in the 1730’s. Behind you you can make out the hunting tower hidden up in the hills. Roll back a couple of hundred years you can again imagine what parties and activities would have taken place on this estate with all the pomp and ceremony and a guest list of all the A-listers of the time.

However, not all of these visitors were willing guests as Mary Queen of Scots was actually ‘imprisoned’ in the house between 1569 and 1584. Having said that she had a number of rooms making up her lodgings in the house that are still known as the ‘Queen of Scots Apartments’ so I’m not quite sure what inconvenience being held there would have actually been.

As I mentioned towards the start, once the house reopens, there is easily a days worth of sights to be seen here, and in a way I am glad that we didn’t see the gardens or inside the house itself as this warrants a certain visit in the future to explore what the rest of the estate has to offer. Maybe then I’ll get a photo that does it justice?

Based at 52 Degrees North in Stratford-upon-Avon, we are passionate about travel, having experiences and seeing the world.

For more updates on what we have been upto and where …. please check our blog!